A very rare 1967 BSA motorcycle, thought to be just one of three left in the world, is going under the hammer.

The bike will be sold at the Charterhouse auction of classic motorcycles on Sunday February 5.

“This ex-RAF Police motorcycle is believed to be just one of three known survivors as the vast majority of these bikes have been civilianised or scrapped over the past 50 years,” said valuer Matthew Whitney.

“It certainly makes a different alternative to the civilian Police force Velocette LE which were affectionately known as Noddy bikes.”

Made by British manufacturer Birmingham Small Arms Company, the 1967 BSA B40 is fitted with a 350cc engine and has been lovingly restored. 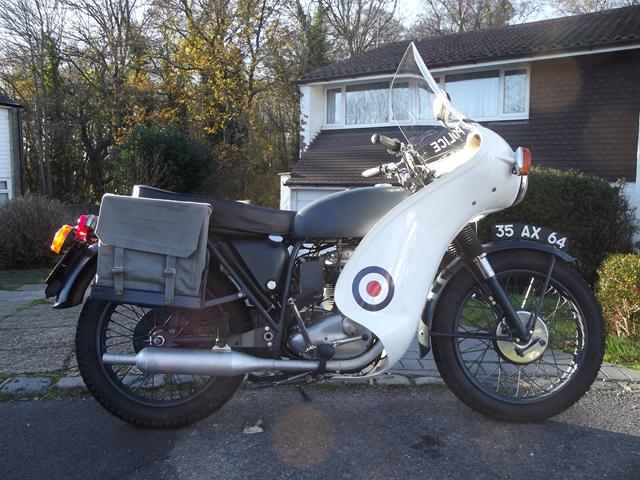 At its peak, BSA, who also owned Triumph, was the largest motorcycle producer in the world.

It was bought as a retirement project by the owner and features its correct and rare original fairing, blue light, higher handle bars and RAF blue saddlebags, but sadly little is known its history in the RAF.

During its current ownership, it was sympathetically restored and has been much admired at classic motorcycle shows.

However, the owner prefers to ride his modern Kawasaki with its electric start and has decided to sell the bike.

Charterhouse is now accepting further entries for this specialist auction of classic and vintage motorcycles on Sunday February 5 which is held in conjunction with the hugely popular Bristol Classic Motorcycle Show at The Royal Bath & West Showground, Shepton Mallet.

Charterhouse is also accepting entries of classic and vintage cars for the following week also at The Royal Bath & West Showground.