Reuniting the lady with the Landy 70 years later

Reminiscing about old cars is one of the things that makes being a car enthusiast so special, but the story of 87-year-old Dorothy Peters being reunited with the Land Rover help she worked alongside  70 years ago is one that’s warmed our hearts.

The story starts in July 1946 when, aged 15, Dorothy joined the Lode Lane factory’s service department working on the first Series Land Rovers to be built. 70 years later, in June 2018, Dorothy visited the Land Rover Fest celebrations in Solihull which helped mark the anniversary of Land Rover.

During the event, a photograph of Dorothy working at the Solihull plant was spotted by Mike Bishop, Land Rover Classic’s Reborn Engineering Specialist and heritage expert. He recognised one of the cars in the picture as his very own Series Land Rover, the 16th Land Rover to leave the UK-based line. A plan was then hatched with her family to host a special day for Dorothy at the Solihull site. 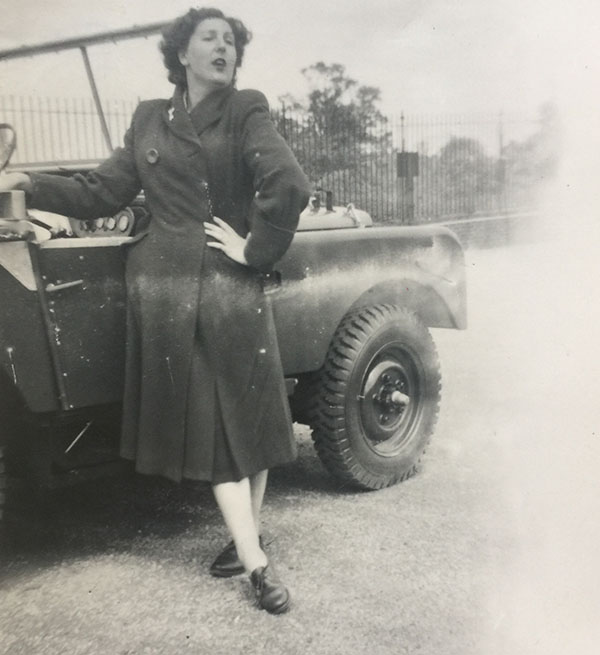 Mike said: “Over the course of Land Rover Fest I was fortunate enough to talk to many enthusiasts and former employees. When I was approached by a very charming lady with some pictures of her time at Solihull, I had no idea we would share a special connection to ‘number 16’. Her enthusiasm for the company and this vehicle in particular was wonderful as was her surprise when she discovered I now owned the car! I knew instantly we needed to reunite them.”

As a fitting tribute to such a wonderful lady and a legendary Landy, the team at Land Rover did something special to say thank you to the life-long fan of the British marque. As well as formally reuniting her with Mike’s Series I, Dorothy fulfilled a fulfilled a lifelong dream of driving off road in one of the earliest Land Rovers in existence.

Dorothy shared the day with her daughters and granddaughters, who were accomplices in the day of surprises, which included a preview of a feature film marking the 70th anniversary at Dorothy’s retirement home with her friends and family.

You can enjoy the film here.

Did you work at a car plant in your youth and looking to be reunited with a car you worked on, or have you recently found your first car? Let us know in the comments below – we’d love to hear your story.