Royal rides are jewels in crown of collection up for sale

An incredible private collection of 12 cars formerly owned by royalty, politicians and celebrities are set to go under the hammer.

The Jewels in the Crown collection will be up for sale at Silverstone Auctions at its Classic Motor Show Sale at the NEC in Birmingham on November 12 and 13. 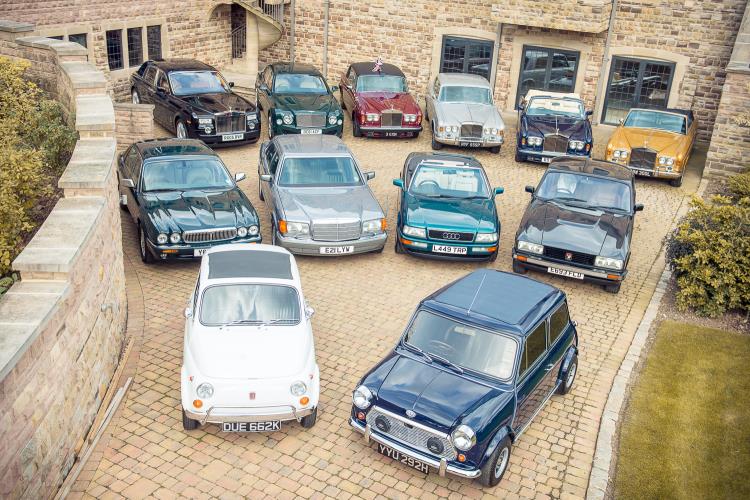 Subtle security features were also installed on the car, including front and rear blue flashing lights, as well as reinforced tyres and armoured protection.

The People's Princess travelled around 4,000 miles in the car, occasionally photographed with Princes William and Harry in the passenger seats.

The automatic, 2.3-litre Cabriolet was presented to Diana by Dovercourt Audi of St Johns Wood, and first registered on March 7 1994.

Motors from the no-less-glamorous world of showbiz include a 1987 Bristol Brigand, owned by pop star Will Young between 2009 and 2012, and a 1976 Bentley T1 previously owned by film director, restaurant critic and charity pioneer Michael Winner.

Nick Whale, of Silverstone Auctions, said: “It’s an honour for Silverstone Auctions to offer cars with such amazing provenance, cars that belonged to HM The Queen, as well as being owned by some of the most influential personalities of the twentieth century.

“We anticipate a huge amount of interest in these cars from across the globe. These cars have been wonderfully cared for over their lifetimes and we look forward to finding them new homes.”