Why McQueen Was Mad About Classic Motor Vehicles

The Le Mans style icon not only kept classic machines, he also raced them… on and off screen. He’s even just had a film released exploring his fixation with Le Mans called Steve McQueen: The Man & Le Mans.

Here we look at some of the highlights from the legendary actor’s classics stable. And we also ask what fuelled his passion for all things motors?

McQueen’s cars - 5 of the best

1. Chevrolet Pickup (1952): This comes complete with camper. He loved taking it out on cross-country holidays.

2. Jaguar XKSS (1956): McQueen owned this Jag from 1959-69 and again from 1977-80. It cost him dearly in speeding tickets, however. One let-off, though, came when he pretended his pregnant wife Nellie was going into labour.

3. Shelby Cobra (early 1960s): With its Ford V8 engine, this was once dubbed the world’s quickest production motor and had a maximum speed of 140mph. These motors can now fetch $1 million dollars. 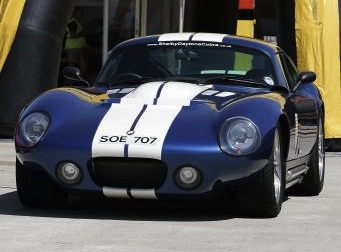 McQueen’s motorbikes - 5 of the best

3. Harley-Davidson Model B (1929): One of 30-plus bikes that Steve Wright restored for McQueen

We know that McQueen spent much of his adolescence on the wrong side of the law - and bikes were associated with rebellion back then.

We know that aged eight, he moved to Indianapolis, a motorsport capital and home to the Indianapolis 500 since 1911. But it’s unlikely McQueen ever went. He had a notoriously bad relationship with his new stepfather and ran away to live on the streets.

Author and journalist Marshall Terrill’s biography of McQueen believes he has the answer.

Terrill writes that the star’s mother felt unable to bring up the three-year-old McQueen in the Great Depression of the 1930s.

So he found himself living with his favourite uncle, Claude, on his farm in Slater, Missouri.

Uncle Claude gave his nephew a postbox red tricycle on his fourth birthday.

In later years McQueen came to recall that moment as the day he became interested in racing, Terrill reports.

McQueen’s passion branched out from three wheels to two- and four-wheelers.

The rest is history.

If you love your classic vehicle's as much as Steve McQueen, you will want to ensure that they are adequately insured should the worst happen. Why not check out our classic car insurance and classic bike insurance pages to find out more information about what our Footman James classic policies include.