Taxing your classic car: all you need to know

Lost in the maze of car taxation? Well, you’re not alone.

It certainly pays to wise up on such matters, so check out our handy guide to tax rules and make sure you’re not getting caught out.

New tax rules
From last October, drivers for the first time in 93 years no longer have to display their paper tax discs on their inner windscreens, to prove that the duty had been paid.

Previously, these displayed tax discs only ran out when they reached expiry date.

From October the tax instantly runs out the second the vehicle changes hands.

This has put several drivers at risk of being clamped by private companies hired by the DVLA. 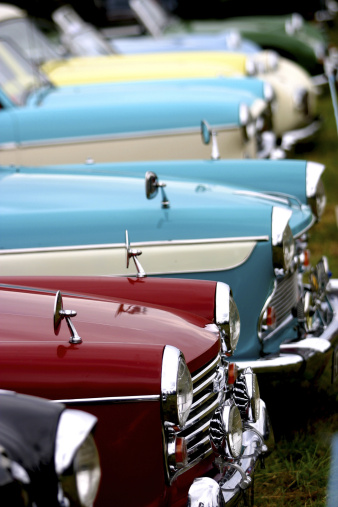 Payment choices
You can pay:
- a one-off lump sum each year
- twice a year, at the end of each six-month period
- by direct debit each month

How much depends on:
- the characteristics of your engine
- when your vehicle was made

Chancellor George Osborne cheered older car owners last year when he ruled: your motor will be taxed free of charge if it is over 40 years old.

Yes, owners would still have to complete the online tax form, but they would not be expected to pay a penny.

This could amount to car tax savings of as much as £225 on some classics. Before, only cars made prior to 1973 qualified for classic status.

The new, rolling tax exemption comes into force each April, meaning any motor that turns 40 can qualify.

It’s not unusual for older vehicle owners to take their cars off the road for a while - especially if they’re undertaking a restoration project or protecting their pride and joy against the British winter’s worst.

This is where SORN - or the Statutory Off-Road Notification - comes in handy. It can mean you won’t receive tax bills during your off-road period.

So what do you do?
- complete a special V890 at your post office to register your car while it is out of action
- or visit gov.uk to fill it in online
- set up your vehicle duty on monthly direct debits when the car does come back onto the road. This should reduce your duty costs

Taxation based on engine size

This relates to cars built between 1975 and February 28, 2001 (exclusive of Y-prefixed registrations).

Duty levels are displacement-based and fall into a couple of categories.

2001 was a landmark year in the drive towards cleaner emissions. Car tax became based on emission levels across 11 different bands.

So you think this would add three-figure sums to annual car tax costs if you run older, more polluting performance models? Think again.

So this switch meant that most drivers were actually paying less.

This emissions policy was revised nine years ago after an EU instruction aimed at cleaner engine uptake.

It added two extra bands, L and M, for those vehicles which polluted most at nearly double the rates in Band K.

So which cars are hit by new ultra-rates?
- mainly rare supercars
- luxury motors
- performance cars
- gas-guzzling cars such as bigger V8 Jaguars, Range Rovers, BMWs and Mercedes all qualify, as do Nissan 370Z and other Japanese giants and US muscle cars.

Even so, turbochargers mean that some of the planet’s quickest supercars are equally clean as small superminis.

This is down to the trend towards high-performance engines which derive extra torque from more compact engines.

Some industry insiders speculate that many classics will forever gravitate towards bands M and L, to such an extent that their value will not hold up so well in future. You have been warned...