The Best Ever Car Ads

From Audi’s Vorsprung Durch Technik to Renault’s Nicole and Papa story, there are plenty of car campaigns and adverts that have captured the UK public’s imagination.

So, what’s your favourite car advert?

We’ll set the ball rolling with a few suggestions below. If you think our suggestions are worthy of the mantle ‘Best Car Advert Ever’, then feel free to vote for them in the comments section or tell us about them on our Facebook page or Twitter account – use #bestcarad.

Here’s our selection of car campaign greats. You may, or may not, agree…. 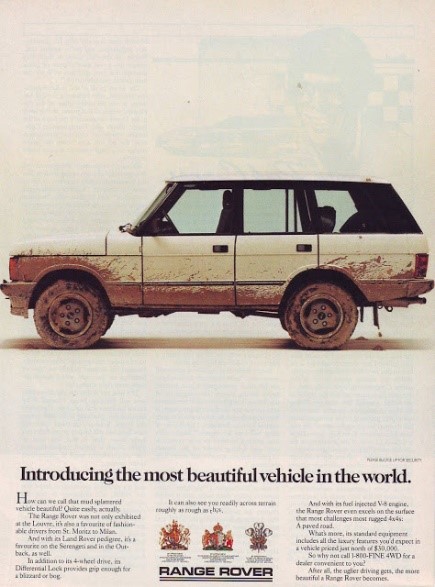 When the Range Rover came onto the scene in 1970 the idea was to position it as a luxurious Land Rover, but there was still the need to let its potential customers know that this was the kind of vehicle that can still hold its own on the rough stuff. As such its advertisements were a revolution all on its own. They’ve never looked so muddy good... 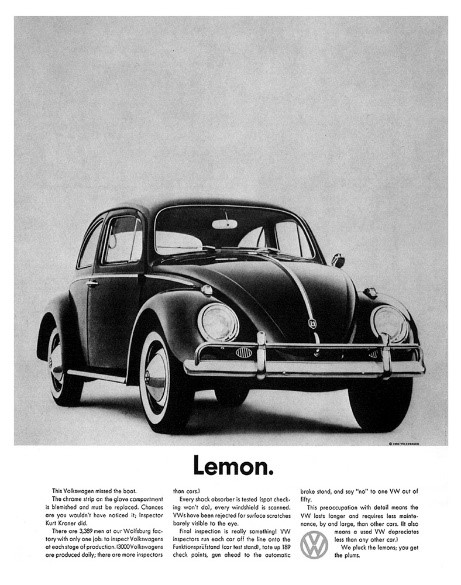 The ‘lemon’ print ad explained the rigorous pre-delivery testing each VW Beetle. The ad copy explained that the chrome strip on the glove compartment was blemished and had to be replaced. The message was that if this was Volkswagen's idea of a lemon, the Beetle must be a well-built car. 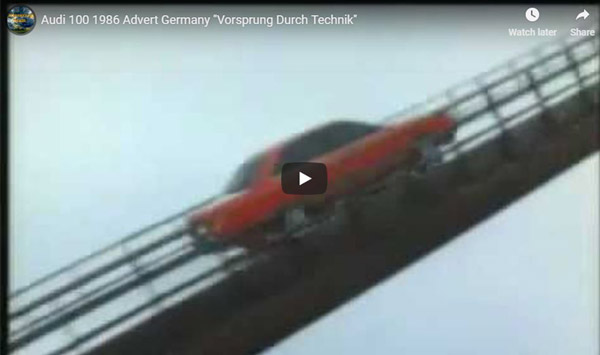 With this campaign, Audi celebrated its Germanness with a phrase that became common parlance in the UK’s popular culture. Roughly translated it means ‘Advancement through technology’. Most of us didn’t know what it meant, but who cares? It sounded good… 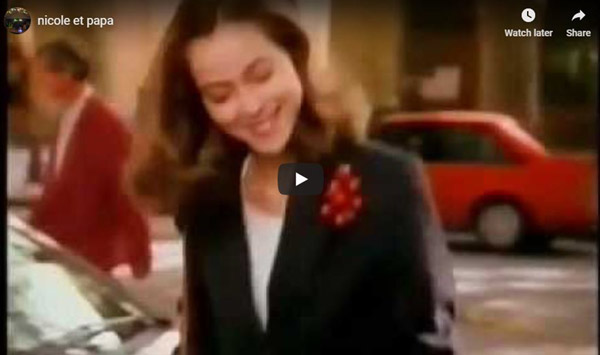 Well, this was a story that we all tapped into. This Clio won lots of friends and, more importantly, buyers thanks to a prolonged campaign about a father/daughter relationship. It was a story, not a message, and everyone loves a great story. 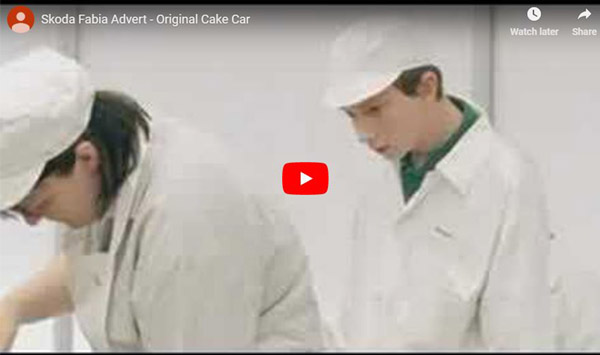 ‘Tell you what, why don’t we make a car out of cake?’ This is the kind of ‘blue sky’ thinking meeting that ad men have all the time, and most of the time bonkers ideas like this rarely get through. This one slipped through the net. 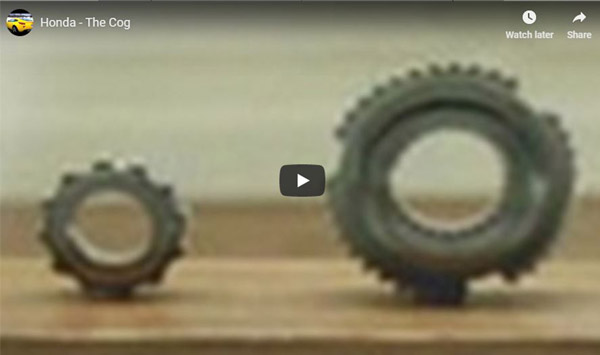 The Cog film was launched in 2003 to promote the Accord model. The film featured all the disassembled parts of an Accord and the 120-second final cut of ‘Cog’ was broadcast during an ad break in ITV’s coverage of the Brazilian Grand Prix. Honda’s domain saw more web traffic in the 24 hours after ‘Cog's television debut than all but one UK automotive brand received during that entire month. 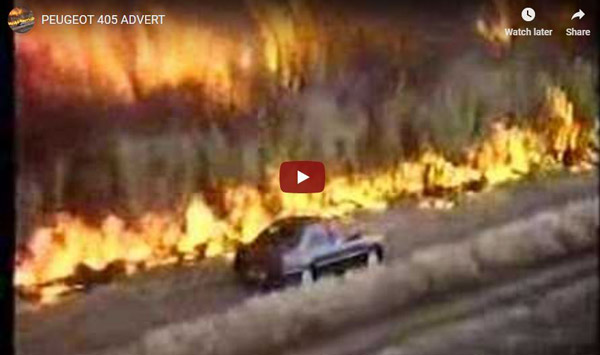 Top Gun film soundtrack, a maize field on fire, Peugeot 405 is the centrepiece. Apparently, this tells us that the new Peugeot 405 will Take Your Breath Away. Well, it will if your car is surrounded by crops that are fully ablaze. Kind of weird, but we like it anyway. 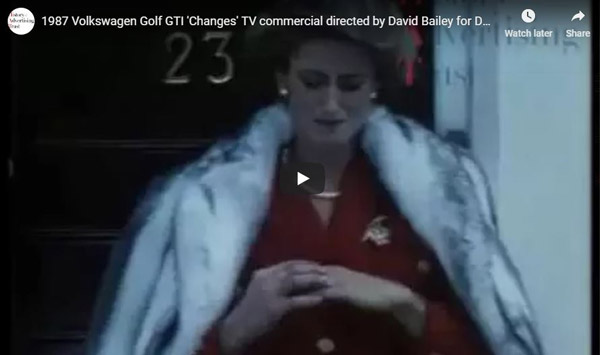 Shot by David Bailey, this featured model Paula Hamilton leaving the home, throwing off a wedding/engagement ring with the payoff ‘If only everything in life was as reliable as a Volkswagen’. 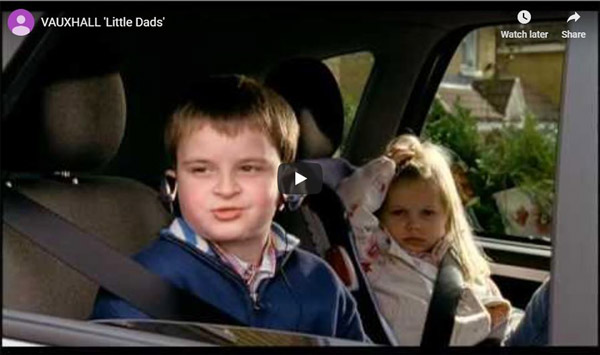 It’s always amusing when you get small children to behave like adults – it’s an easy gag. Vauxhall decided to go down this route and it was a runaway success. 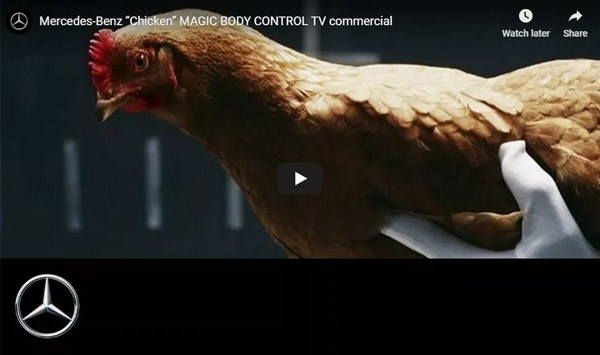 Mercedes-Benz used a chicken to demonstrate the body control of its V8 models. Of course, a chicken’s head remains static while their bodies move around, which is the perfect way to illustrate the "magic body control" of a Merc.

What is your favourite car advert? You can either vote for one of our favourites or choose your own.

Let us know in the comments section below, on our Facebook page or the Footman James Twitter feed.