The cars at the top of the Olympic podium part 2

It's time for the second chapter in our review of the all-time top countries in the medal tally at the Olympics and their best-selling cars.

For the silver medal winner in our competition, we’re in Blighty, with a car that needs no introduction. In fact, it’s difficult to find something new to say about one of the most original, well-thought-out designs of all time – the Mini. 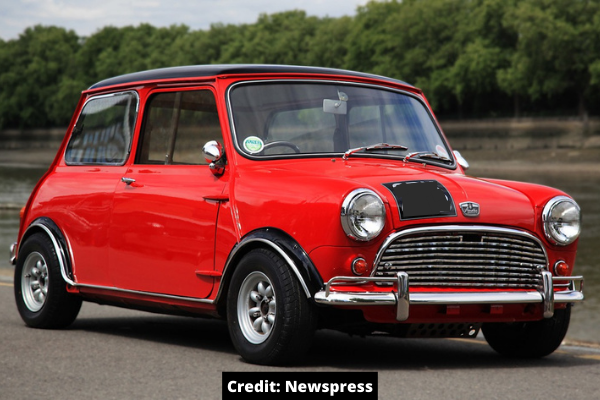 We’re not talking about BMW’s clever cover version. That 2000 remake capitalised on the success of its predecessor - not just in a literal sense – and totally reinvented the design and brand for the 21st century. But though the ‘new’ MINI may yet develop icon status of its own, we’re going all the way back to 1959.

Not even Alec Issigonis, the man behind the Mini, could have predicted how big a hit the tiny vehicle was going to be. At the time, those on the market for a small car didn’t have much to choose from. Italy’s Isetta microcar debuted in 1955, but its unconventional three-wheel package had only niche appeal. In 1956 the Suez fuel crisis created a demand for more modest motoring and Fiat responded a year later with an icon of its own, the 500. BMC needed a solution and set to work creating their idea of a proper miniature car.

Issigonis’ vision of how a small car should be packaged has been used in almost every contemporary design since. The Mini’s layout comprised of a transverse engine, front wheel drive and a wheel at each corner, which maximised space for occupants. A new small car rulebook had been written; the Greek designer’s moment of genius went on to sell 5.3 million copies, remaining largely unchanged over a production run which spanned four decades. Throughout the 1960s, the Mini’s success seemed unstoppable. It won the Monte Carlo rally in 1964, 1965, and 1967 – being robbed of four in a row after a hugely controversial disqualification in 1966, after officials complained about non-standard headlamp bulbs. Then in 1969, a small role in a big job in Italy elevated the Mini to global stardom.

By now, the Mini had become one of the most recognisable cars on the road. The range had been extended to include an estate, pick-up truck and van – then, in 1964, the utilitarian Mini Moke became the beach car of choice for tropical island tourists. All versions were powered by BMC’s four cylinder A Series, which ranged from 850 to 1275cc.

The list of famous Mini owners stretches from Madonna to Steve McQueen – even Enzo Ferrari had one. Most UK motorists have their own Mini memory, and the icon’s popularity hasn’t faded in it’s 60+ year history. Only a small percentage of the millions sold remain on UK roads, causing the model to appreciate steeply in recent years. The later, more refined Rover Minis can now command over £10,000 – for a 60’s Austin Cooper S, you’ll need around four times that.

A good way to measure a car’s success is how difficult it was to replace, and that’s certainly true here. The Mini’s successor had enormous shoes to fill when the last one rolled off the production line in October 2000, and it remains a car with a legacy like no other... Easily worthy of silver in our Footman James Car Olympics.

If you missed which country and vehicle claimed gold in our Car Olympics you can check out part one here.

What does the classic Mini mean to you? We want to hear your stories below.