Renault has announced the return of its legendary 5. Faithful to its supermini origins, the next generation model is to be the all-electric city car demanded by the green streets of 2021. As the internet sizzles over renders of an Alpine version, we take a look back at the go-faster original.

Launched in 1972, the Renault 5 was one of the world’s first superminis. With a choice of sub-1 litre engines, it provided nimble driving thrills without the performance to worry the squeaky-clean appearance of your licence. That changed in ’76, however, when the Alpine launched in Europe with a 1.4-litre OHV engine that boasted 92bhp and a 0-60mph time of just over 9.5 seconds. With a five-speed gearbox and torsion bar suspension setup, it provided the go to match the head-turning allure of lowered, stiffened suspension, fog lights and alloy wheels. We’re not going to start a hot hatch war, but all we’ll say is that the Alpine launched a few months before the Golf GTi. 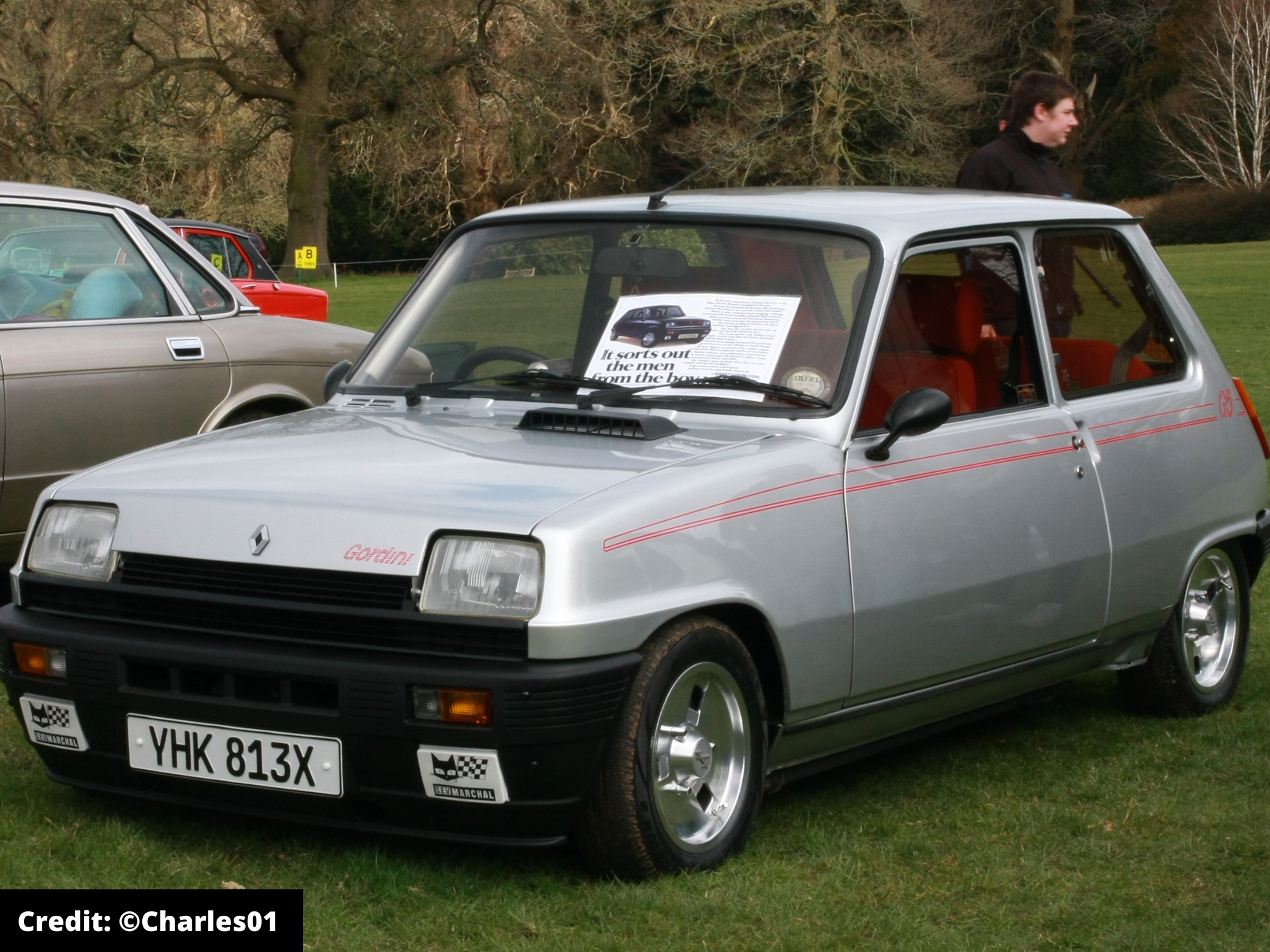 It is at this point that there may be some badge-based befuddlement. Although the Alpine launched in Europe several years earlier, it arrived in the UK in ‘79 sporting a Gordini badge. This was due to Chrysler already using the Alpine name for its mid-sized family hatchback, which carried Simca badging on the continent. The Gordini name was a logical choice, given that it was already associated with Renault through the tuner Amédéé Gordini and his work with earlier models, such as the 8.

Renault was not content with the solely carburettor-fuelled model though. 1982 saw the Gordini Turbo launched in the UK. Featuring a Garrett T3 turbo, the new car made a claimed 112bhp, which was capable of shunting the tiny hatchback to 60mph in under 9 seconds and on to well over 100mph. Customers were asked to pay for the privilege of forced induction, though: the Gordini Turbo listed at a similar cost to the much bigger – and popular – Escort XR3. The final turbocharged model was only available for two years, when it was replaced by the second generation 5 and, ultimately, the GT Turbo.

With such a potent chassis and powertrain combination, motorsport success was an inevitability. The 5 Alpine was successfully rallied in Group 2, finishing in 2nd and 3rd overall at the 1978 Monte Carlo Rally. The incredible 5 Turbo followed for the ill-fated Group B, bit with a mid-engine, rear-wheel drive layout, there was very little recognisable 5 in the homologation special, which deserves a future blog of its own.

How do you feel about the rebirth of the 5? Heresy, or is the electric driveline a natural evolution from carburettors and turbos?