The Footman James Cup – and the winner is… 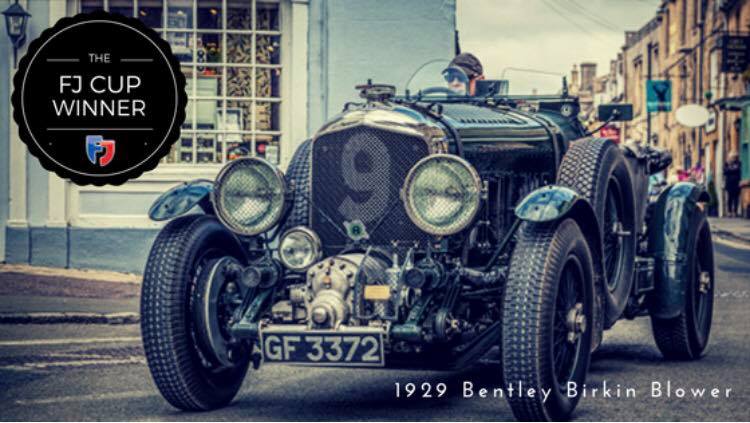 This year saw us launch the Footman James Cup, in partnership with the Flywheel Festival that took place at Bicester Heritage on June 24-25.

The cup awarded the best car set to appear in the paddock at this year’s festival, as voted for by the public. Well, you’ve all been busy voting for your favourite classic car from the 10-car shortlist, and we’re excited to announce which car has won, and who out of you has won our voter’s competition.

Back in the 1920s, Sir Henry ‘Tim’ Birkin didn’t find his 4.5 litre Bentley fast enough. When WO Bentley refused to fit a ‘blower’ (aka a supercharger), Birkin just went and did it himself, with some help from supercharger expert Amherst Villiers and some cash from Dorothy Paget.

The Bentley Birkin Blower is anything but subtle. The supercharger is famed for its loud scream, and the car is legendary for beating some of the world’s fastest cars back in the ‘20s, including the incredible Mercedes-Benz SSK.

The car has an illustrious history, and now it can add another trophy to its fine collection; the Footman James Cup.

Honourable mentions
All of the cars in the shortlist were sensational, and the vote was close.

Congratulations to Andrew and to the brilliant Bentley Birkin Blower!