Welcome to the second post in the monthly series of blogs focused on ‘the very first’ car made of a model that has gone on to become legendary.

On its 30th anniversary we look at how the first Mazda MX-5 ‘Eunos’ (or Miata if you’re from the USA) was born. Its story started in 1979 when American journalist Bob Hall sat down with Kenichi Yamamoto, Mazda’s then head of research and development. When asked what he thought Mazda should build next, Bob said “a small two-seater roadster.” Fast-forward ten years and the MX-5 that Bob said Mazda should build was launched at the Chicago Motor Show.

While those now know the Mazda to be an MX-5, it started life with a few names. Firstly, the 1600S, then the Club Sport and latterly the Club Racer at launch. Some may know it by its internal code name, the NA, though. While we all know it as the MX-5 – Mazda experiment number five. 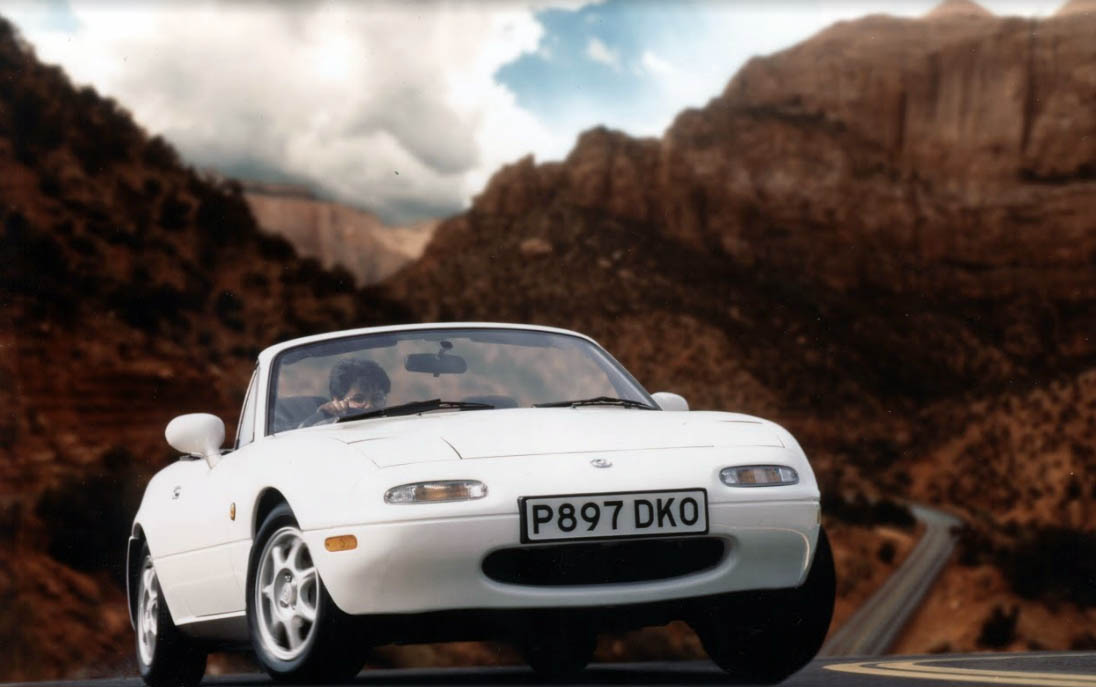 When Mazda launched the car in 1989 they took the covers off a late prototype that was completely drivable. Different in their approach to other manufacturers, who would typically unveil a styling prototype or a concept that differs from the final product, the Club Racer was nearly identical to the car that Mazda brought out. Even though it didn’t retain the launch car’s bulged front arches, it was pretty close to the road-going car.

The reason for its launch in Chicago was that auto shows like Geneva in Europe were too early in the year and the car’s product plans in non-American markets. It was only a few months after the MX-5’s launch that first customer deliveries started. Mazda expected order numbers to be around 200-300 per month, but it was actually ten-times that.

Demand was driven in part by the roadster’s charm but also a lack of competition. With the end of the MGB and Alfa Romeo Spider production and the second-generation Lotus Elan barely hanging on, the MX-5 shone through and the public couldn’t get enough of it.

Buyers had a 1.6-litre or 1.8-litre engine and a choice of either a five-speed manual or four-speed automatic gearbox. Strangely enough, in Japan the MX-5 was not launched as a Mazda, instead being launched under the Eunos marque and named as a Roadster. There were ‘luxury’ features with the base model such as alloy wheels, power steering, electric windows and a stereo, but the MX-5 didn’t have air-conditioning to keep the price and weight down (just 960kg).

Driven not by budget but sports car driving pleasure, the Mazda had a twin-cam engine and independent wishbone suspension, which was very rare for the time. The MX-5 was originally going to have a single cam engine but when Mazda realised the whole project was coming under budget they opted not to pocket the difference but give the car a twin-cam engine.

Today, 30 years after the Mazda MX-5’s launch, there have been over one million made over just four generations’ worth of models, making it the world’s best-selling roadster. Not bad for a car that was inspired by an automotive journalist!

Have you ever owned an MX-5? Let us know your stories in the comments section below.