Thornley Kelham have revealed the Jaguar XK European, which builds on the success of their Lancia Aurelia Outlaw. The first entirely new project in it’s ‘European’ range, the XK European takes a derelict donor Jaguar XK as it’s base and allows customers to transform their car in to ‘European’ specification, featuring an all alloy body designed by McLaren P1 designer Paul Howse, along with a full range of performance and comfort upgrades and enhancements.

Most of the work on the project is carried out by the team at Thornley Kelham, with support from a small number or trusted partners. The in-house team of craftsmen work in concours restoration, as well as race-winning classic motorsport engines and a number of projects that have involved bespoke enhancements from upgraded suspension, steering and brakes to conversion to fuel injection and convenience features like air-conditioning. 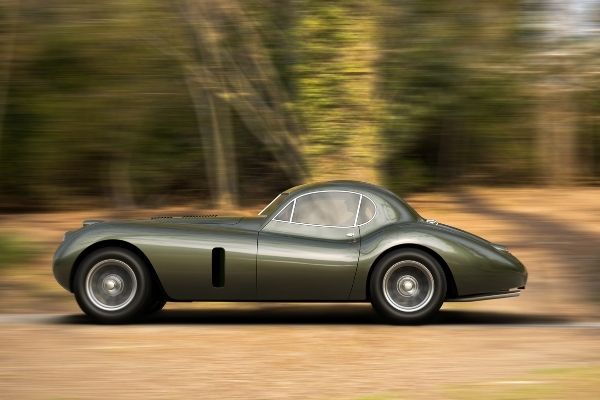 The vision from Howse celebrates the beauty of the aerodynamic lines that remains true to the car’s original intention. As part of his design, Howse has lowered the roofline and added some curvature to the sides that adds sculpture and muscle but also lightness. The arches are wider to allow for wider alloy wire wheels, giving the car a ‘road racer stance.’ The brightwork has also been replaced with a subtle crease down the bonnet which follows the split screen into the roof. At the rear, the tail sweeps up to create a more teardrop form. As for the lights, the rear lamps are nestled into the bodywork and the headlights have a more cleaned up appearance, losing their chrome bezels. 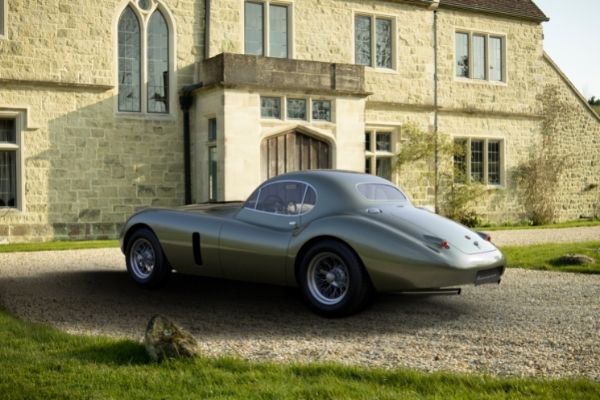 The interior has a completely redesigned dashboard, and enjoys a more modern feel. The seating position is greatly improved, dropping the H point significantly so that you sit in the car rather than on it – ensuring that lowered roof doesn’t affect head room! The seats themselves remain classic in design but offer more support than the originals.

Electric windows have been added in keeping with the modern feel, as well as electronic gauges and a discreet roll cage, while air conditioning, power steering, Bluetooth connectivity and a number of in-car entertainment options ensure every European will offer the thrill of a classic with the convenience and durability of a modern vehicle.

The Jaguar XK 3.8-litre straight-six engine, which in period produced 160-220 bhp, has been reengineered with performance akin to a modern sports car. The all-alloy engine is equipped with direct injection, a bespoke camshaft and rebored cylinders for either 300bhp or 340bhp depending on specification.

There is also an upgraded aluminium radiator with oil cooler, as well as a louvred bonnet and subtly redesigned vents and apertures. Each component considered and designed to deliver the best possible driving experience.

With regards to the handling, reconfigured suspension all round and double wishbones at the front, as well as tuned Bilstein shock absorbers and Eibach springs enhance the experience in what is a far more modern car than the original, that featured basic leaf springs on the rear axle. In fact, the rear axle has been redesigned, and now incorporates a limited slip differential and four-piston vented disc brakes equip each wheel.

All in all the process of taking the original Jaguar XK donor car and turning it into the European-specification takes over 5000 hours. 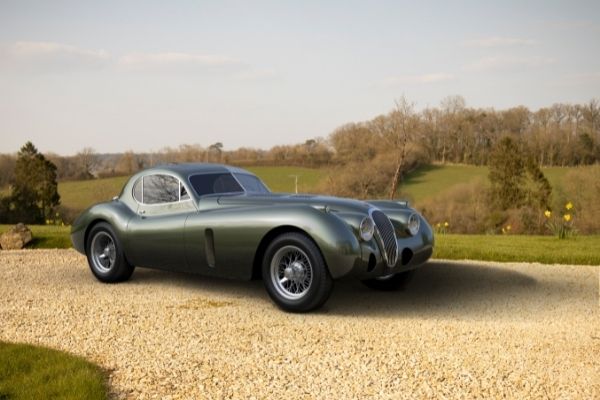 Simon Thornley, co-founder of Thornley Kelham, said: “With our concours-winning restoration heritage and our years of experience in perfecting our bespoke Lancia Aurelia ‘Outlaw’ project, we have developed a team perfectly placed to design and engineer a car that reimagines automotive icons authentically, in intricate detail and with a fastidious attention to quality. The Jaguar XK European is, to our eyes, the most beautiful car yet in the restomod sector, backed up with expertise and experience in developing cars that aren’t just perfect in their finish, but thrilling to own and drive.

“The 1950s marked the start of a golden era in European car design. As the world emerged from the dark years of WW2, there was a quest – and a need – for light and joy; a passion to create and rebuild. In Europe this resonated in the car industry. A new era began, driving exports, harnessing and refocusing the continent’s talents, and a new generation of sports cars emerged - in Britain the Jaguar XK120, Austin Healey 100, MGA and AC Ace, in Italy the Lancia Aurelia, Alfa Romeo 1900, models by Fiat, Ferrari and Maserati. German engineers developed the wonderful Porsche 356 followed by the majestic Mercedes 300SL. At Thornley Kelham, over a decade of working with, driving, and restoring these models to concours-level standards, has honed our appreciation for these wonderful automobiles. Our deep experience of their beauty, engineering – and foibles – has also led to an evolution in our approach to them. And so, we have launched our ‘European’ division, our mission being to both pay tribute to their heritage, and to develop them to meet the demands of the 21st Century driver.”

Prices for the European specification start from £550,000 plus donor car depending on specification, and Thornley Kelham have started the development of the first model already, with the first commission secured in what will be a very limited run.

What do you think of the Jaguar XK European from Thornley Kelham? Let us know in the comments.

Truly a wonderful looking car- But half a million plus a donor car? Even in these inflationary times, it will ensure that it will be very exclusive and very expensive. Surely there must be cheaper ways of being seen driving a classic XK.