Tom Kristensen to be reunited with Le Mans Bentley

“The greatest driver ever to have raced in the 24 Hours of Le Mans”.

That’s how Race Retro describes motorsport legend Tom Kristensen, and it’s hard to disagree. He is the most successful race driver in history, winning the famous Le Mans race a record 9 times (and that’s just the tip of the iceberg).

Back in 2003, Kristensen won at Le Mans in a Bentley Speed 8. Now, he’ll be reunited with the legendary car at this year’s Race Retro. 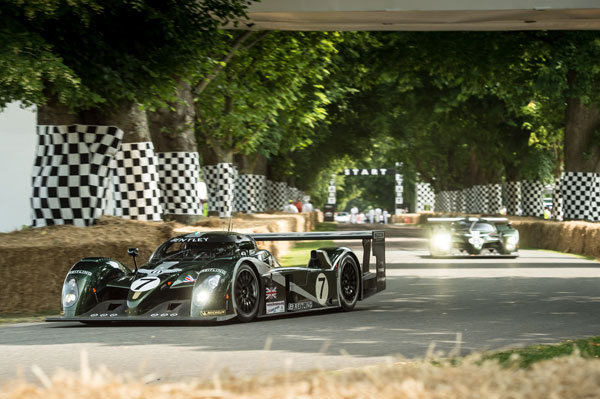 £25 million of history
The car has an estimated value of a whopping £10 million, and will be on display at the Motor Sport Hall of Fame, at the heart of Race Retro.

The Bentley Speed 8 evolved from a prototype designed by Peter Elleray, with similarities to the Audi R8C. Kristensen had a successful career with Audi himself, so his success with the similar Bentley Speed 8 is no surprise.

But the Bentley isn’t alone. Fans attending the show will see over £25 million worth of motorsport history, around the live interview stage alone, with Kristensen’s Bentley just one highlight.

Here’s a look at some of the other classic cars making an appearance:

Lee Masters is the Acting Show Director of Race Retro, and it’s safe to say he’s as excited as the rest of us.

He said: “We would like to thank all the owners who have supported Race Retro by loaning their cars and are so grateful in their efforts to make our 15th anniversary ‘’Super Show’ a huge success.”

This year’s show will have more classic cars than ever before, motorsport legends as far as the eye can see and a whole lot more for classic car and motorsport fans alike.

Get your tickets online here.