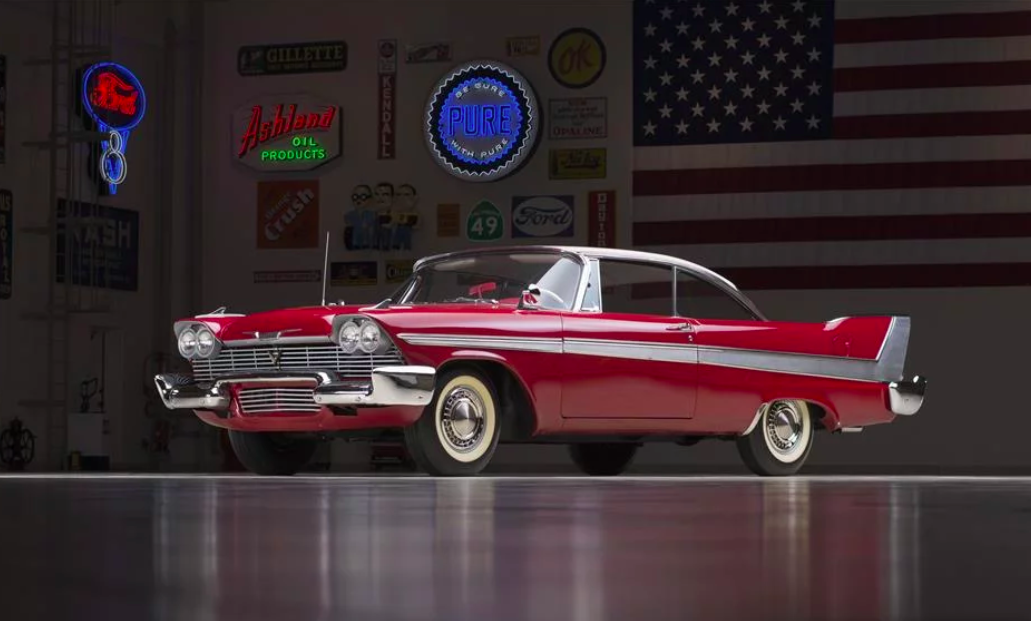 From the 1958 Plymouth Fury, eighties’ horror Christine, the 1971 Chevrolet Nova SS 396 to the Death Proof in 2007, Forbes has compiled a list of the top 10 classic Halloween movie cars…

Bats are a popular theme with Halloween, so it’s no surprise that Batman’s motor makes an appearance on this list. The original was based on a Lincoln Futura concept car from the mid-1950s that was used on the iconic TV show before the comic book star and his sidekick Robin made it to the silver screen. Filled with gadgets more advanced than science could keep up with, even the Batmobiles from the Tim Burton and Christopher Nolan films give the modern-day movie cars a run for their money.

The black Lincoln from this cult classic had a mind of its own when it began a hit-and-run rampage in a small US town.

In Stephen Spielberg’s directorial debut, the malevolent driver of a big rig with a ferocious front grill harasses travelling businessman Dennis Weaver in a relentless game of dangerous cat and mouse.

This murderous comedy sci-fi ticks almost every movie genre box. It features another homicidal big rig – this time leading a pack of vehicles-turned-killers and is written and directed by horror master Stephen King.

Lightning surged as Marty McFly boarded Doc Brown’s DeLorean and travelled back to the 1950s, while every eighties’ kid – and pretty much every adult – also surged with an intense scientific thrill you don’t feel much of with today’s films.

The one from the film sold at auction for $541,000 in 2011. But there’s good news for any DeLorean fans, as the car company has decided to go back to the future itself and has launched production of the epic motor – 30 years after the famous film trilogy aired.

Just the shape of Ghostbusters’ car of choice has an eerie feel, as it’s based on an eighties Cadillac hearse – albeit with some slight modifications. Today, it stays true to its Hollywood roots and has retired to the Petersen Automotive Museum in Los Angeles.

Christine, Stephen King’s demon-possessed killer car, is from the movie of the same name. Although replicas do exist, the original Christine was auctioned off for $198,000 in 2015.

The spirited Beetle in this sixties classic had a mind of its own, not dissimilar to the sentient four-wheeled beings The Car and Christine. However, unlike the homicidal tendencies of those two, Herbie just wanted to be a race car and was more of a mischievous motor than a lean, mean killing machine.

Along with the Munster Coach, the Drag-U-La was a transportation choice for the classic monster TV’s family the Munsters. In the movie feature of the famous sixties TV show, the Drag-U-La takes the family to England to collect an inheritance.

The creepy car is made from an actual fibreglass coffin, fitted with a V8 engine, an exhaust made from organ pipes and spooky spider headlights.

Kurt Russell played the deranged former Hollywood stuntman who kills – but takes an awful long time being killed – behind the wheel of a classic big-block V8 muscle car in this Quentin Tarantino grindhouse epic.