Back to Classic Car & Bike Events

The National Motorcycle Museum will open its doors to their sixth annual open day where members of the public can visit the museum free of charge.

Everyone on the day will be given a free timetable with a full list of timings for all the day’s activities.

For the first time in the UK, the National Motorcycle Museum is excited to announce Henry Cole’s Shed and Buried live on stage. In association with QUEST, this brand-new live stage version of the popular TV show will feature Henry Cole and motorcycle restorer, Sam Lovegrove. Not only this, watch out as a couple of surprise guests will also be making a special appearance. 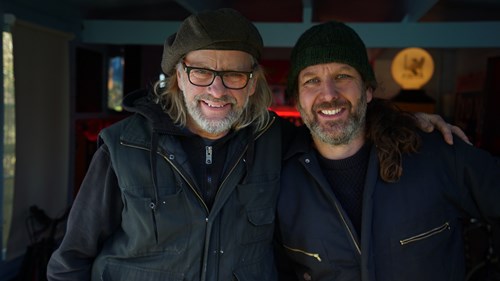 The National Motorcycle Museum’s shop will also be open throughout the day selling a variety of classic motorcycling merchandise, from motorcycling books to clothing and memorabilia.

Over at the LIVE start-up area, bikes from the past and present will roar into action, including some of the National Motorcycle Museum’s most famous bikes in its collection and ex-Moto GP bikes courtesy of the Brackley Festival of Motorcycling and Phil Morris Racing.

Specialist builder, Alan Millyard, will be showcasing three of his stunning V-twin creations, including his recently completed Velocette V-Twin. 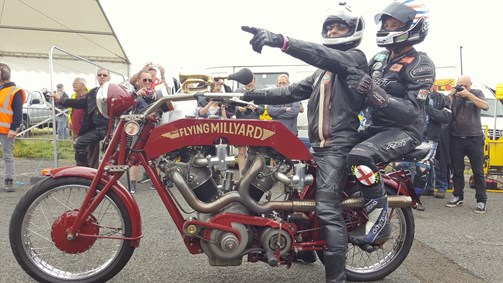 The summer 2019 raffle will also be announced, so grab your tickets and see whether you will take home the first prize and be the lucky winner of a 1977 Triumph Trident T160. The second prize up for grabs is a Sealey Retro style combination chest worth £815. The third and last prize on offer is a luxury hotel break and dinner for two at the new Marco Pierre White Steakhouse in the Manor Hotel (Meriden) plus, a VIP museum tour! 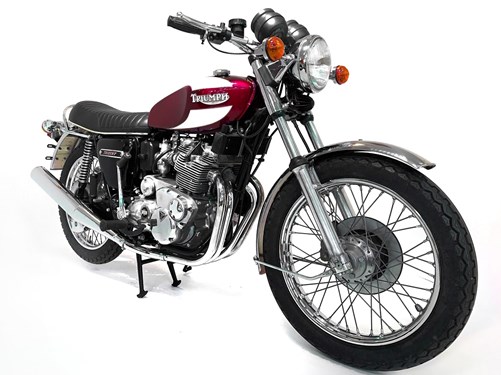 The draw will take place on the live stage in the afternoon presented by Henry Cole.

Raffle tickets are still on sale now, so, hurry up as you will need to be in it to win it!

Food and drink are provided at the event with the National Motorcycle Museum’s chefs in the new undercover food court and bar.

The museum’s famous breakfast BBQ will also be available as well as hot meals and snacks being served in the restaurant from 8:00 onwards.

Sit down, relax and tuck into some delicious food as you unwind listening to live music over the lunchtime break.

Access to the National Motorcycle Museum is free, however, car parking charges do apply.