MORE POSITIVE MOVES TO SECURE A FUTURE FOR OUR CLASSIC CARS

As we know, the future of motoring in the UK is set to be dramatically different, with manufacturers and their dealer partners no longer being able to sell new petrol and diesel cars from 2030.

With this hard full stop looming, the industry is speeding towards an electric future with many EV models coming to market far sooner than had been first envisioned.

However, as welcomed in recent Footman James blogs, our government and parliamentarians are listening to classic vehicle owners. The cars and bikes we love won’t be banned from the roads, and the cultural and financial value of the industry is recognised and valued.

Nevertheless, a key piece of the jigsaw - contained inside the proposed The Future of Transport Programme - still requires further scrutiny. This was debated in Parliament in late April after a successful online petition launched by Gareth James, which received an impressive 115,000 signatures.

The Future of Transport Programme covers a huge amount of ground regarding safety standards, data collection, parameters for self-driving cars and further low carbon goals. The most pertinent element for motorsport enthusiasts and classic and historic vehicle owners (and the many businesses supporting us) is the potentially problematic Vehicle Tampering Offences proposal.

At first glance, the Vehicle Tampering Offences recommendations are commendable and designed to protect us as drivers and consumers. The aim is to prevent the future modification of cars by those seeking to bypass environmental and safety standards – common examples might include the removal of silencers and catalytic converters, or the modification of ECUs.

But, as currently written, the recommendations could hinder those of us who need to modernise, preserve or restore our vehicles. The proposed legislation could also make life extremely difficult for the talented professionals who work in the sector – and could risk damaging some of the many established specialist businesses we rely on. 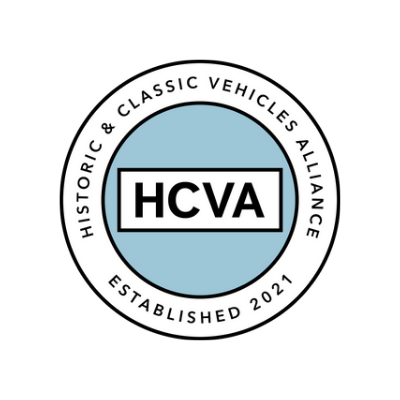 Some more vital advocacy and advice by Footman James partners, the Historic & Classic Vehicle Alliance (HVCA), in support of Gareth’s petition was therefore essential. The HVCA has pointed out the unique position of classic and historic vehicles and James Sunderland MP explained to the House how the proposal needed to be very precise so that both current and future classics can be cared for and don’t fall within the Vehicle Tampering Offences category.

Speaking for the government, Minister Trudy Harrison, who is herself a motoring enthusiast, explained the clear need to avoid vehicle tampering in the future (especially in terms of software). Harrison also underlined that the needs of classic car owners and industry professionals were very much understood.

The government will release further proposals in the summer and the HVCA will continue to offer their support and advice. But judging by the overall tenor of the debate, the signs are positive, and the Vehicle Tampering Offences proposals will focus on those seeking to break the rules - rather than hindering us from keeping our wonderful classics on the road.

What are your thoughts on The Future of Transport Programme? What do you think the future holds for classics? Let us know in the comments below.

The classic and cherished vehicle niche is ours to be lost or won in the face of a doubtful rush to go electric. All Classic owners, supporting suppliers, providers and parts manufacturers along with all associated Clubs need to make their voice heard above the clamour for electric ( other better options do exist). Which is I believe turning into a big business-led whitewash. Yes, we all want to help where we can but if the UK went zero today we would not impact noticeably. The 'big hitters' on the planet should be the major target.

Where we are now in 2022, the choice boils down to paying £30,000-40,000 to convert to electric OR current heritage car users will have to pay huge fuel bills to drive our - probably "capped" annual mileage vehicles. Can someone tell me how much each ELECTRIC body shell costs in money, then the cost in environmental damage? Will the current NEW CAR £30,000 to £40,000 all-electric EV cost be drastically reduced in future due to power unit+batteries being produced at scale? If, as probable, the Electric components needed+ the cost of stripping existing heritage vehicles to a shell, wouldn't that make switching over from petrol/diesel heritage vehicles a viable proposition. If that's true, what is the future then for all those wonderful engineers that keep our lovely existing vehicles roadworthy. Also - it's more than likely the government would make us pay road tax, dressed up as an environmental tax. Help please, what's the answer?

Just don't include classics at all in legislation. The petrol car killers amongst the population would love it.

It comes as a release from the London Mayor's outburst in March 2022 who wanted to 'scrap all vehicles' that he disapproves of. His comments had no regard and have caused unnecessary stress in the elderly and others in our 'classics community'. He talks about 'poverty' hardly understanding the needs still existing in the elderly of 'the last century' who have 'husband their resources, invested in 'British Vehicles' so that they may enjoy something in retirement!. All this he wanted to 'scrap within a 12 month period' was completely unrealistic, and where did he think one may find capital in an 'age of inflation' to convert or buy new electric propulsion that should be reserved for 'public transport. We are not 'the polluters' travelling less than 1000 miles per year in many instances and certainly not in the outer suburbs of London that have different priorities to those of the Mayor's central London. Well done Gareth Bacon and Parliament for taking the time to discuss this matter recently.