What is it like to ride with a Formula One driver?

Andrew Frankel, one of the founders of The Intercooler, a proud partner of Footman James, takes us through what it is like to ride with Formula One driver, Karun Chandhok.

There is a danger, if you do this motoring journalism job for too long, that you end up fancying yourself as a bit of dab hand behind the wheel. It stands to reason: driving fast is your passion, you’ve done a vast amount of it over the years, you’ve been trusted with million quid hypercars and you’ve not only driven thousands of miles on race tracks, many of those miles have been race miles. In racing cars. You must be good, surely?

Well you probably are. But there’s good and there’s great and there’s a vast distinction between the two. There are hundreds of really good drivers in this country alone, many of whom would call themselves racing drivers. And you only have to see how many supplement their living being scared witless in passenger seats while instructing at track days to know it. And many of them are properly good, good enough that if the breaks had fallen differently they could easily be earning decent money from racing.

You could count on the fingers of one hand the number of current British motoring journalists who could credibly make that claim, and not trouble your thumb in the process. And, no, for the avoidance of doubt I’m not among them. But after a particularly good race even I am susceptible to thinking that were it not for the lack of money in my youth even I could have crept onto the first rung of the ladder of racing success and from there, who knows? BTCC, WEC, F3, F1…

And then you get driven around the track by someone like Karun Chandhok and there’ll come a moment when you wonder if you can actually drive at all. This happened at our Thruxton track day in September, run in partnership with Footman James, when I snuck into the passenger seat of the Porsche 911 Turbo S he was using to fling Ti subscribers around Britain’s fastest race track. I just thought it would be fun and help me recall the lines of a circuit I’ve visited too rarely in the past. 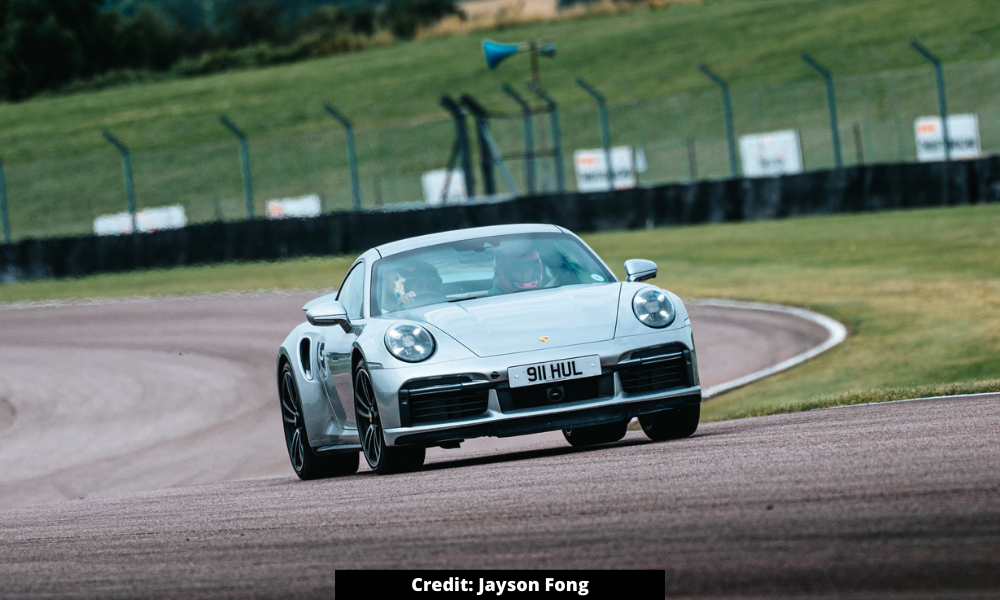 But here’s the thing with people like Karun. It’s not just his ability to drift a car at 120mph. It’s that he does it while discussing the Zandvoort track layout, often with one hand on the wheel. It’s bewildering but, weirdly, comforting too. Because I’d hate to think I could have been another Karun if only fate had so decreed. I couldn’t. Ever! In any circumstances, nor even get close, a fact it’s probably healthy for an over-privileged journo to be reminded of once in a while.

Did you enjoy this article? Download The Intercooler app for more advertisement-free automotive features, articles and more. The Intercooler is not just one of the newest motoring title out there, it exists, say founders Andrew Frankel and Dan Prosser, for those who both love classics and love reading what the automotive writers of our time have to say.

A friend of mine had a similar experience at Silverstone in a BMW M5 with Sterling Moss. He expertly put the car into a 100 mph power slide then looked over his shoulder to the rear passengers giving an unbroken commentary about the circuit. Holding a perfect line throughout the bend...